Cherry Hills, one of America’s most historic and revered golf clubs and site of Arnold Palmer’s lone U.S. Open victory in 1960, has completed a decade-long restoration of its 1922 William Flynn golf course, which has hosted 14 major championships and next summer will welcome the 2023 United States Amateur Championship.

Located in Denver, Cherry Hills commissioned acclaimed golf course architect Tom Doak and Renaissance Golf Design in 2007 to restore the charm, character, and playability of the original Flynn design while also lengthening it over the years to maintain the club’s heritage of hosting prestigious national championships. Much of the work has taken place over the past decade under the direction of Renaissance associate Eric Iverson.

The culminating phase of the restoration was the return to its original orientation of Little Dry Creek, which was completed this past spring. Iverson oversaw the creek’s repositioning along several greens and fairways on both the front and back nines. While the project re-engineered the Little Dry Creek to reduce flood potential and better manage water flow, it also brought back many of the strategic shot values Flynn created a century ago.

To restore Flynn’s original design, Little Dry Creek was rerouted closer to the front of the green on the 14th hole, next to the green on the seventh, and then continues to flow tightly alongside the newly re-designed eighth hole. Little Dry Creek was also moved more into play on the 15th hole, where the recent rediscovery and restoration of Flynn’s original left side of the green helped create a more thought-provoking approach. The creek now runs closer to the 15th green, down the 16th fairway and alongside the green, further highlighting the genius and creativity of Flynn’s original design.

“You can see from all the hole drawings that Flynn routed the holes and implemented strategy based on Little Dry Creek,” Iverson said. “The way the creek plays now on these key holes brings exceptional strategy and challenge to these iconic approach shots. Holes 14 and 16, for example, are two of the finest and most difficult par fours in the country. But  now, with the creek coming in closer to each green, the shot values and premium on the angles into the green are off-the-charts.”

The Renaissance team also reintroduced the famous cross bunkering on the 17th hole (which features the first island green on a par five built in the U.S.) and other strategic bunker work on the first, second, fourth, fifth, seventh, ninth, 14th and 16th holes. The green complexes on holes three and 13 were completely restored while other greens have been brought back to their original forms to ensure all green complexes match the original Flynn plans. A major tree management program was also implemented, and several holes were lengthened to accommodate the advances in the modern game. This includes new tee boxes on holes five, nine, 10, 11, 13, 14 and 16.

Flynn’s ingenious routing of Cherry Hills is truly unique among Top 100 courses. The opening nine weaves as a figure eight on the inside of the property while the second nine wraps in a counterclockwise circle around the perimeter. Cherry Hills is one of only a handful of courses with this unique “Muirfield Plan” routing, named after famed Muirfield in Scotland.

Flynn, whose design work also includes Shinnecock Hills Golf Club, The Country Club at Brookline, and The Kittansett Club, also did significant work at Pine Valley Golf Club and Merion Golf Club. His work at Pine Valley inspired the use of the interrupted fairways on several holes at Cherry Hills. 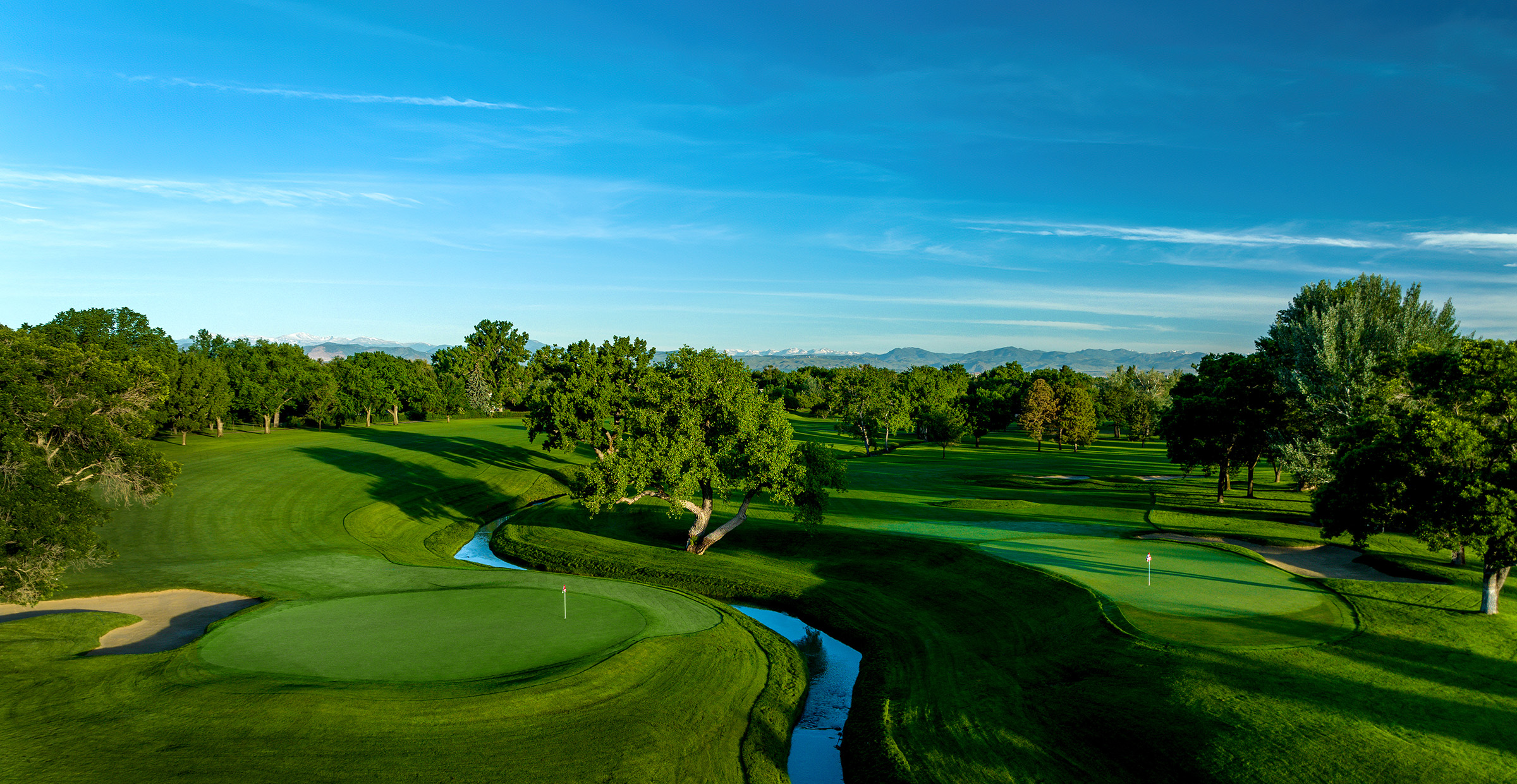 “The transformation that Tom Doak and Eric Iverson of Renaissance Golf Design have brought to William Flynn’s classic design brings extraordinary pride to our membership,” said Cherry Hills President David Keyte. “In 2022 we celebrated 100 years as a club, and in 2023 we will be celebrating the centennial of our first round of golf at Cherry Hills, which coincides with us hosting the U.S. Amateur, which is very exciting. The restored shot values on display next summer will certainly remind the golfing world of Cherry Hills’ timelessness and stature as a world-class championship venue.”